Christianity & Creativity: The Sublime in Art

Christianity & Creativity: The Sublime in Art

Here’s the latest in our video series Christianity & Creativity: The Sublime in Art.

The sublime is something important to your creative life and your spiritual life. But what is Sublime? The idea of The Sublime reminds me of the character Vizzini, from the movie Princess Bride, who repeatedly says “inconceivable.” He uses it for all kinds of things, which has the negative effect it diluting its meaning. Eventually, the down-to-earth sword fighter, Inigo Montoya, calls him out with the famous line, “You keep using that word. I do not think it means what you think it means.”

Honestly, you could replace the word inconceivable with the word sublime. People use it while posting hashtags on selfies while zip-lining, they use it to describe art they love and to describe emotional experiences. The original meaning of the word has been muddied and thereby the very concept of the sublime, diluted. But the idea of the sublime is important both in our understanding of creative works of art and in our day-to-day life as Christians. If we are going to live wholehearted, holistic lives, we must have an idea of the sublime that brings together and gives meaning to both our creativity and our theology.

Watch this video to understand the role of the sublime in your art and your faith:

Leave us your comments below!

Be sure to watch the other videos in this series: 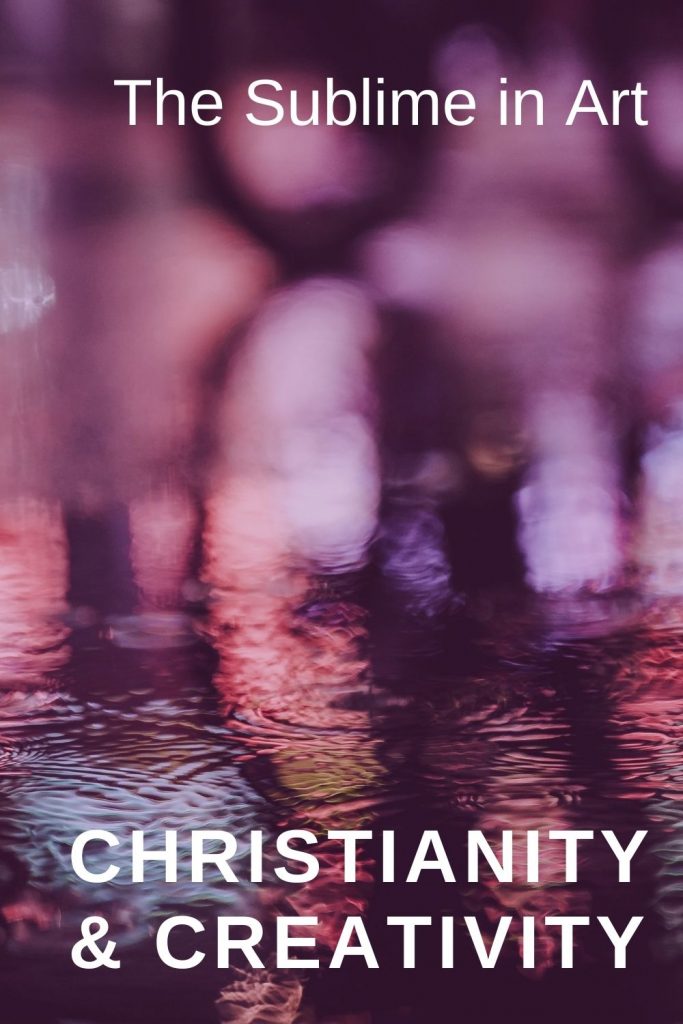 3 comments on “Christianity & Creativity: The Sublime in Art”