How did you get started as a screenwriter? 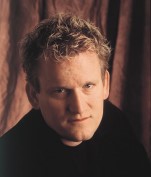 Brian: I started pursuing screenwriting well over fifteen years ago. I am “self taught.” I didn’t study screenwriting in college or go to film school. I was actually trained in the fine arts and pursued graphic design for many years while I learned about screenwriting on the side as a hobby. I read all the books on screenwriting I could get my hands on, and went to a few seminars, and did everything I could to learn the ropes for years. I went to pitch marts, where you get in line to pitch your scripts to producers, I made a lot of cold calls to producers, and I entered a ton of contests and got some awards to help label me as more than just another wannabe. I didn’t wannabe a starving artist, so I thought I would wait to quit my day job until I “broke in.” Of course, I found out that breaking in is a very relative term, and there always comes a point where you have to give up some security and make a leap in order to dedicate your time to maximizing the quality of your dream work. My first produced movie was To End All Wars, a true WWII P.O.W. story about Allied prisoners under the Japanese in Burma. Things certainly didn’t explode from there, but that marks the beginning of getting more legitimate work to make a living writing and directing. 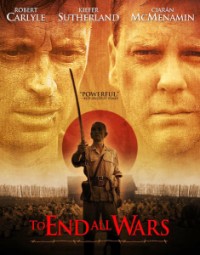 Who are your main influences?

Brian: I wouldn’t say that I have any main influences in terms of screenwriters I have studied. I would say more that individual movies and books have affected me in different ways. Some movies become models for what I want to accomplish in my own writing. Chariots of Fire was my original inspiration to get into movies because it incarnated a story with “muscular Christianity” and made it entertaining even to a secular world. Braveheart is one of the finest epics ever made that embodies a mythic integration of spirituality with story. Shane Black’s and Joe Eszterhas’ scriptwriting was an inspiration of how to write style into a script to make it more readable and entertaining. Truby’s Story Structure class on screenwriting has been my favorite approach to story structure because he seems to communicate the mythic and moral thematic dimension of storytelling more clearly than most. Theologian historian N.T. Wright’s epic book series New Testament Origins and the Question of God has had a major impact on my life in understanding how theology changes the world through story.

What types of films are your favorite to write? 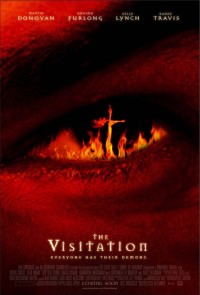 Brian: My favorite types of film to write are historical epics because I am inspired more by a story that really happened. Of course, since all true stories are dramatized, they often play loose with what we know of the facts. But since “facts” are simply the testimonies and interpretations of received authorities, we know they are also not without their own loose interpretation. History may be written by the winners, but if you think the losers don’t have an ax to grind, you’re terribly naïve. Unfortunately, historical epics are the hardest scripts to sell and make into movies, so in recent years, I’ve taken a hankering to thrillers, horror and documentaries. What I like about documentaries is that they combine the left and right brain sides of me. It is a great opportunity to integrate creativity with intellectual content. I like the horror and thriller genres because they are strong moral punches in the gut of our postmodern culture that denies the existence of real evil. The book of Revelation is one of my favorite books of the Bible, and it’s an historical documentary shot as an epic horror fantasy, so I’m in good company.

Does your relationship with God inform/inspire or limit your creativity? 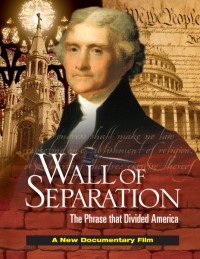 Brian: My faith informs and inspires everything I do, just as an atheist’s “faith” or a humanist’s faith informs what they do. That is, the way we see the world informs our interests in stories, our acceptance or rejection of themes, our love of characters. Some are just more conscious of what they are doing, while others are more intuitive. It’s not that I can’t write stories that violate my conscience, it’s that I don’t want to do so. Do I try to “force God” into my writing? Do I feel that I have to make everything spiritual? No, I don’t. I am simply drawn to stories and characters based on the way I see the world. Some people think that spiritual people are held back in their creativity by moral scruples. Well, I don’t agree. I consider limits or boundaries to be challenges to creativity. By way of analogy, less money in the budget has often forced me to come up with a more creative way of accomplishing something that proved original and entertaining. In the same way, I would consider my desire to deal with sexual truth unhindered by my desire not to engage in pornography. It simply forces me to be creative in exposing sin without exploiting it – like in the Bible.

What struggles have you faced as a screenwriter? 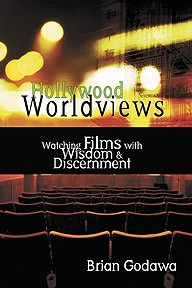 Brian: The same struggles as most every person in the industry: The need to always be searching for work and juggling ten projects because nine of them will most likely not happen (or more likely, ten). Shortly after my first movie, I was getting nowhere and considered giving it another year before I went back to a day job with writing as a hobby again. I was discouraged and demoralized. I had realized that my expectations were that I would

“arrive” in some sense, or that everything would be easier for me once I “broke in.” But it didn’t. I had to keep hustling just like always and never stop. And this would never end. I realized also that I had made my career pursuit more important than God and had to offer it up at the altar, so to speak, like Abraham with Isaac.

What are your greatest or favorite accomplishments/shows/films you have been in?

Brian: My first movie, To End All Wars, is my favorite accomplishment so far. It embodies the kind of story and experience I dreamed of. For a writer to be the only writer on a project and for the director to do his job and let the writer do his is something that I know few get the opportunity to experience. My book, Hollywood Worldviews: Watching Films with Wisdom and Discernment, has been a personal blessing for me because it has been used to help church people avoid the two extremes of rejecting all movies as worldly or ingesting movies without discernment. It has been a platform for me to encourage a new generation of young Christian filmmakers to see the value of film, not merely as propaganda, but for the beauty and truth that it contains – and that beauty and truth is evident in secular or non-Christian films.

What other types of art do you do? 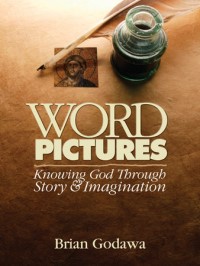 Brian: I have many years of experience as a graphic designer and will probably always integrate that into my pursuit in movies. For instance, I’ve designed my own movie posters to pitch my ideas, and I’ve used that visual background in my own directing. I also write books and articles for magazines. I’ve already mentioned Hollywood Worldviews, and I have another book coming out in 2009 called Word Pictures: Knowing God Through Story and Imagination.

What have you been doing recently in your career?

Brian: My most recent works are writing and directing documentaries on academic freedom in higher education and stem cell research. But also writing spec scripts and seeking financing for my feature film directorial debut, a horror script I’ve written. I’m also working on multiple projects with producers that are at various stages of development, but if I told you what they were, I’d have to kill you. I have a comedy about network marketing I co-wrote called “Change Your Life.” It’s low budget and we’re going the film festival route with that in 2008. What I’ve learned from that is what Steve Martin once said, “Comedy is not pretty.”

How has AEM helped you become a better artist as you integrate your faith and your art?

Brian: As a teacher for AEM, it is one of my burdens to help Christians integrate their faith and art, because I’ve found that many Christian artists are alienated from the church, which results in two problems. The artist loses his ties to the body of Christ and creates art that does not come from an orthodox understanding of God. And artists can sometimes pride themselves in being self-righteous, alienated rebels, which isn’t healthy. But I also think the church can be insensitive to artists and miss the heart of God when they devalue beauty to a second class status in their theology. Being a part of AEM has been part of that ministry for me to both church and artist.

What advice would you give a young screenwriter? 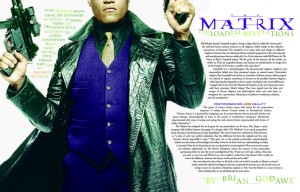 Brian: Don’t talk about writing. Write. Every day. And remember, when you are not writing, the one who will get the job over you is writing.  And ask yourself if it will be worth spending many years on pursuing writing and getting nowhere or achieving very little of what you wanted to achieve with your life. Or worse, if you compromise just to get somewhere and end up doing what you are not proud of, will you regret it all? Because it is entirely possible for many writers that this is exactly what will happen. And if you didn’t pursue your dreams for God, but for yourself, you will be miserable. But if you have done it for Christ, then you can confidently tell yourself, it’s okay that I didn’t get where I wanted, I did it for God, and that is His choice. It’s not hypothetical. It’s a very real possibility.  And if you don’t know what it means to “write as unto the Lord,” then you are not yet ready, Grasshopper, to be a Jedi writer.

What temptations and pitfalls do you think are most common for believers in the industry and Hollywood in particular?

Brian: To become consumed in the work so that it is all and everything in your life, which then pushes out any vision for ministry to others we are accountable to, such as the church and the marginalized victims of our society. Another aspect of this is the temptation to be a Lone Ranger Christian. That is, to stay on the fringes of the church and not get involved. It’s safe and invulnerable, and it will strangle your relationship with God, because it is by being accountable and involved with the body of Christ that we are nourished and grow in our faith – as well as being fortified to deal with the temptations that come our way. There is also a temptation to become like Hollywood in how we treat people: Selfish ambition, shallow, disingenuine, ignoring those who don’t benefit us, forgetting those who helped us when we succeed. I also think there is a well-intentioned though disastrous pitfall that some Christians fall into, thinking they have come to Los Angeles to “save Hollywood for Jesus.” As if they are God’s special vessels, as if they can avoid the hard work of years of involvement needed to affect a culture through patient, loving incarnation. This smacks of the imperialistic missionary mindset that ruined many ministries in the past.