How did you get started as an actor? 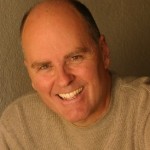 Jeff: Back in Jr. High I needed an elective to fill out my class schedule. I saw the word “Drama” on the class list and had to ask a friend what it meant. He said, “I think you do plays in the auditorium.” I thought it sounded  easy so I signed up. I’ve needed to be an actor ever since.

What technique do you use? Meisner? Stanislavsky? Uta Hagen? A combination of your own?

Jeff: I have a degree in Theatre from CSUN and I studied with George Shdanoff for about a year soon after I graduated. That’s the only formal training I’ve received. Since then it’s been about observing real life and using it in my work. When we behave as ourselves in real life we’re behaving honestly because in the moment of our behavior there is no pretense. Behavior happening in the moment is void of judgment. We’re only judged after we’ve behaved.

What actors are your favorites? The ones you think are the most talented?

Jeff: There are some fine stage performers I’ve seen but no one would know who they are so for the purpose of notable examples I’ll use movie performances. In my opinion half of an actor’s performance is contingent on the script and/or director:

As far as the most talented it really is a matter of personal taste. I’m inspired by performances, not the actor.

What are your greatest or favorite accomplishments/shows/films you have been in?

Jeff: As far as screen work I’d have to say “Carnivale” was one of the most fulfilling as an actor. They shot it like a feature film with time to explore different takes on the character. “L.A. Confidential” was another memorable experience simply because I was working with such amazing actors. Most of my stuff was cut but while working on it I felt like I was part of something important. As far as stage I did a European tour of “Evita” performing the role of Peron for six months. I was performing a role I’d always dreamed of doing and seeing Europe at the same time. I had to keep pinching myself.

What type of work are you drawn to? Comedy, Drama? Why?

Jeff: I don’t really have a preference. I approach both genres from the same place; Honesty.

Give us your thoughts on Film versus Theatre:

Film is “less is more” and stage is “more.” If you need to reach the back row in a theatre you reach with bigger honest intention. Film is close up with the actor shamelessly exposed. If the actor doesn’t perform honestly the audience will cringe from the dishonesty being so amplified.

How has AEM helped you integrate your faith and your craft? 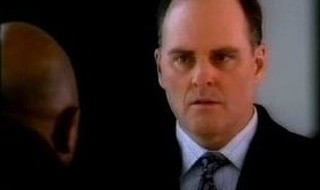 Jeff: AEM continues to encourage me that I am not an island and that God is always relevant in my work. Also, the scriptural references to artists in the bible and suffering as a Christian have been a huge inspiration. The meetings are also important to fulfill that need for fellowship and hear teaching that is relative to being an artist. The Christian artist can so easily fall into the trap of editing their creativity depending on the project. AEM has encouraged me to bring my Christian Worldview to every project and not be intimidated by the world’s judgment.

What struggles have you faced as an actor?

Jeff: We’re called to be content with whatever we have which could be a little or a lot. All things being relative I still struggle with the “little” part. I thank God daily that I can come to His throne of grace and confess my ungratefulness and confirm that I take nothing for granted. Actors want to keep working. If we’re not working then we need to stay creative. Acting classes, theatre or writing projects for yourself. There’s no excuse.

What advice would you give a young actor?

Jeff: You’re an actor because you NEED to be an actor. You’ve got to want it REALLY bad. Since it can be one of the most masochistic professions known to man you better have a good reason for pursuing it or the harsh realities of the profession will devour your small desire. With that said if you still really NEED to be an actor then there are only two more things I can suggest… Keep acting and NEVER give up.

How does your relationship with God affect your choices in your career? in the films you make? in the acting choices you make?

Jeff: I think twice as a Christian before accepting work where if I wasn’t accountable to God I’d probably be much less discerning. If the role is a villain and there’s no consequences for his actions, no just deserts and/or glorifies Godless behavior I stay away from accepting such roles. But, if the villain gets his comeuppance or is redeemed in some way then that’s a role I’d be attracted to. As far as a filmmaker I want to make movies that inspire. Stories celebrating redemption, God’s design for love, hope in death and God’s vengeance interest me.

Have you always been a Christian in the business or did you work in the industry for a while and then become a Christian?

Jeff: I’ve known the saving knowledge of Jesus Christ since Jr. High but will confess that I’m adverse to doing “Christian” movies. This is going off on a slight tangent but I need to share this. Life is not PG. Unfortunately most of the “Christian” production companies produce product that sacrifices honest story telling for dumbed down proselytizing. It always comes down to honesty for me. If the character is Godless then he/she should behave Godlessly.

What temptations and pitfalls do you think are most common for believers in the industry and Hollywood in particular?

Jeff: It’s an ego driven business. It’s easy to react based on ego rather than praying first and seeking God’s will. It’s also difficult not to resent your peers when they’re working and you’re not. Ego and pride can pretty much separate you from your relationship with God especially in Hollywood, the symbol of all things movies and TV. So if you’re an actor in Hollywood but not working it’s hard to not feel like a failure. It’s difficult to remember that God is our success and life is but a vapor compared to eternity.

What are you up to now?

Jeff: Aside from making the majority of my income from acting I’ve found some success as an acting/audition coach which pretty much fell into my lap per a referral from a producer friend. I’ve seen my clients book series and movies after working with them which has made the work that much more fulfilling. The past couple of years has also given me opportunities to be hired to direct short films and video projects. I’m currently on my second draft of a short film I’m directing next year.